Nerdgasm week for pop culture geeks the world over has just come to an end. Yep, Comic Con International 2014 happened over the weekend. Having travelled to San Diego for the epic 5 day adventure in 2012, I keep a close eye on the happenings at Comic Con every year.

One of the most talked about reveals of the convention this year was the unveiling of a solitary image of Zack Snyder’s Diana Prince (better known as Wonder Woman) from the upcoming Batman v Superman: Dawn of Justice flick. Gal Gadot, a mostly unknown Israeli actress, has landed the role as the most powerful and well-known female character in pop culture history.

END_OF_DOCUMENT_TOKEN_TO_BE_REPLACED

We love sharing with you the best body image pieces the interwebs have to offer. We have great pleasure in presenting this fantastic piece by Allan, originally posted on ajbisherenow.tumblr.com

We’ve touched on the impact of body image pressures for males before, and this piece is insightful, thought-provoking and eye-opening.

It’s long, but worth a read, so grab a comfy seat and get ready to have your mind blown!

END_OF_DOCUMENT_TOKEN_TO_BE_REPLACED

‘Bigorexia’ and the online world of Eating Disorders 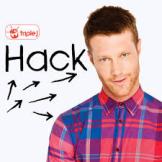 This week Triple J Hack covered two important topics – online groups that can have a huge detrimental impact on people with and without a history of eating disorders and ‘Bigorexia’; an issue facing young men in particular and is focused on building muscle mass and bulk.
(If you would like to speak to some one about eating disorders the Butterfly Foundation has a National Support Line: 1800 334 673).

END_OF_DOCUMENT_TOKEN_TO_BE_REPLACED

Robert Hoge was born with deformed legs and a facial tumour. He has written the memoir ‘Ugly’ and his story was shared on Australian Story this week.

“This is actually a conversation I’d like to have about disability, and about beauty and about ugliness, and the first person I had to have that conversation was with myself, let’s not try and hide away difference and try and roll everyone into this one mess of a ball that just so everyone can be treated the same.” You can read more about Robert’s story here.